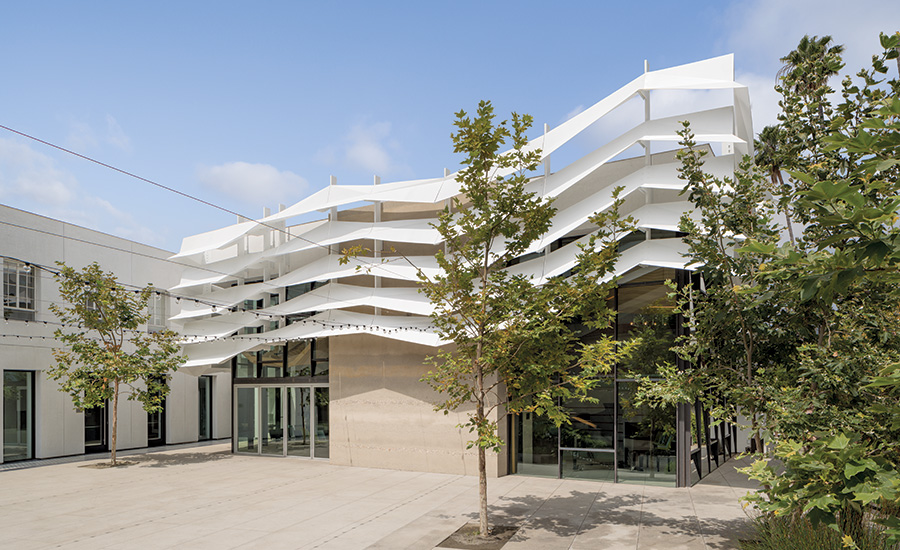 As a house of worship with strong cultural traditions, a prime location in the heart of Los Angeles, and deep ties in the community, Temple Israel of Hollywood seems to be doing everything right. Still, synagogue leaders didn’t want to rest on their many successes.

In late 2016, they hired Measuring Success to conduct a congregation-wide survey and follow up by facilitating focus groups to determine what was working, what wasn’t, and how to follow the data to inform decision-making based on the evidence.

The work was recently completed.

Chris Bubser is one of the lay leaders at the synagogue. She became aware of the usefulness of data in assessing performance because her children attend the day school at Temple Israel.

“Rachel Lewin, our head of school, found Measuring Success,” Bubser said. “We’ve conducted surveys every other year and I was delighted to find a company that conducted research in a state-of-the-art way to help our school.”

She said that the parent surveys conducted at Temple Israel allowed school leaders to benchmark progress in a variety of areas — but maybe more importantly, to discover the places where internal perceptions were not matching the perceptions among the community of parents at the school.

Bubser said the school found the survey outcomes particularly useful. She saw they were successful in working toward evidence-based decision making following the implementation of the surveys and the information that was discovered.

Bubser said the synagogue was about to embark on a three- to five-year planning process. Leaders thought conducting a similar survey process would be a good place to get started when mapping out a path for the future.

“We had a lot of internal debate,” Bubser said. “We couldn’t get the group to agree on whether to start with focus groups or a survey.”

That’s when project manager Daniel Chiat and senior analyst Danna Reuven from Measuring Success were brought into the conversation. After an initial consultation, the Temple Israel team arrived at a decision to conduct the process in two parts: First, a congregation-wide survey where they would assess the larger issues of interest. Second, they would follow up with focus groups to drill down on specific issue areas.

Chiat said that he helped lead Temple Israel to a decision by following a logical approach of following the qualitative focus group piece after completion of the quantitative-based survey.

“It was important to understand trends, strengths and areas for improvement across membership and then drill into those pieces to develop more context and color in the focus groups,” Chiat said.

The survey for Temple Israel was customized to meeting their unique needs. Bubser and Chiat both said that one of the key pieces centered around being mindful of the limited time that congregation participants could devote to the process. They wanted variation among the synagogue’s demographics (young, old, those with children at the schools, empty nesters, etc.), so they needed to ensure the processes for both the survey and focus groups were inclusive.

Bubser said that there were a couple of internal meetings to approve the line item in the temple budget, simply because they hadn’t previously considered doing that kind of data-driven venture. There wasn’t much convincing necessary because the school had tested the process. That made moving the approach to the synagogue side a little easier.

What They Learned
“The things we thought were our strengths were really our strengths,” Bubser said. She added that some of the areas where they needed to focus were made especially clear.

“It was definitive,” she said. “You couldn’t argue with the results.”

How they arrived at the questions — and took stock of the answers — started with brainstorming sessions to determine the factors they would include as survey topics.

The survey was sent out by email to every temple member. When they exhausted the possibilities of further response, they sent the link out through other communication channels, including on social media.

More than 50 percent of the households participated, Reuven said.

Bubser added that having active followers at Temple Israel was key, but they sweetened the pot by offering low- to no-cost “rewards.” A prized parking spot, or temple membership, were examples of things that had value but didn’t come with a cost.

Once they completed the survey, the team got to see the areas of focus that would become key to the in-person focus group meetings.

They had about 100 people express interest in participating in the focus groups. They ended up with about half that number due to availability, scheduling, and other factors.

The focus groups were key to not only helping temple leaders to decide on how they would plan for the future in their strategic planning process, it also exposed issues that they might have been unintentionally avoiding.

“You can’t please everybody. You have to align your mission and vision and what works for the most people,” Bubser said. “This process brought intention. We had to say, ‘we want it this way.’”

Bubser said that some of the key takeaways were to improve communications, but also that people wanted to feel more connected.

Since communicating about programs and services is important, temple leadership is creating interest groups to process how to best communicate to the various groups so that important information about temple activities doesn’t get lost.
Bubser said that they didn’t ask congregants to solve the problems.

We wanted to know what the challenges are,” she said. “We just asked, ‘where are the pain points?’ and let our congregants share their desires without placing the lens of the leadership’s perspective on the discussion.”

Bubser remains enthusiastic about the process and how the outcomes will be used to move the temple forward.

“Using techniques such as design thinking, we can approach the challenges and potentially find new solutions that we hadn’t thought of before,” she said. “We are putting aside our traditional thought processes and challenging our long-held beliefs. We are looking at things through a fresh perspective.”

If your synagogue or church is looking for a fresh perspective, consider a similar process to drive long-term strategic thinking. Contact Daniel@deva.measuring-success.com.