There are few topics more controversial or important to independent school sustainability and competitiveness than tuition setting. From a technical standpoint there are some core practices widely considered fundamental to the process. One is looking at cost-per-student and pegging tuition changes to expected cost changes. Another is benchmarking one’s planned tuition to local peers and reacting to it so as to not be out of line. The truth is that these are relatively reactive ways to guide tuition setting. These techniques don’t take the fundamental and necessary look at the relationship between the school’s tuition and its perceived value to current and prospective customers.

The truth is, if a school loses sight of how its tuition relates to its perceived value, it runs the risk of over or under pricing tuition. The impact of this can be tens or hundreds of thousands of dollars in lost tuition revenue due to resulting enrollment declines or attrition on the one hand, or equal dollars in forfeited tuition revenue that might have been used to support the educational program.

In this paper, we will explore

● How a school can determine its perceived value and influence it in a positive manner.

In 2016, Measuring Success, in conjunction with ISM and NBOA, published its third study since 2006 on the effects of tuition increases on enrollment. Consistent with Measuring Success’ previous research findings, the data indicated there is no statistically significant relationship between tuition changes and enrollment regardless of school size, grades, location, affiliation, local public school quality, and community affluence level. This means that, for a given level of tuition increase, a school is equally likely to experience an increase in its enrollment as a decrease. 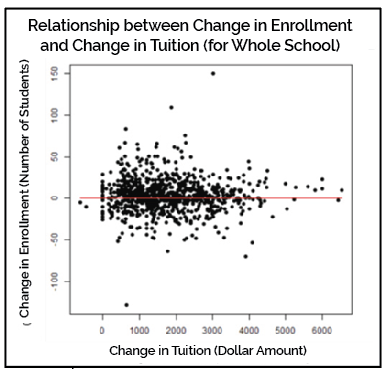 For many school leaders, the research confirmed long-held opinions. For others, particularly those located in hypercompetitive markets with strong public schools, the research findings seemed unbelievable. But, the findings are statistically valid and have proven to be consistent over time, pre 2008 recession, shortly after the recession, and now, well after it.

So, If Not Tuition, What is Actually Driving Enrollment Growth or Decline?

The study’s authors have consistently stated that while tuition does not, by itself, drive enrollment, it is part of the more complex equation. Measuring Success’ extensive research among current and prospective independent school families consistently indicates that it is a school’s relative perceived value that drives enrollment. And, in fact, a school’s tuition represents only one of the variables in the key equation explaining relative perceived value.

So, What Drives Relative Perceived Value?

Our research further indicates that a school’s relative perceived value is driven first and foremost by current and prospective families’ implicit or explicit calculation of the following equation:

Schools whose perceived benefits, in the areas that its target families value, exceed its tuition cost relative have a positive perceived value, and are in a position to grow. But there is a big “IF”! They will grow, IF their perceived value exceeds that of competing schools. In contrast, those schools whose perceived value among prospective families is negative or is positive but inferior to that of competition, will generally suffer from declining application volume and declining enrollment. Furthermore, negative net perceived value among current families results in student attrition given the fact that our research indicates that it is not uncommon for half or more of a school’s families to at least consider switching schools each year.

How to Learn What Current and Target Customers Desire 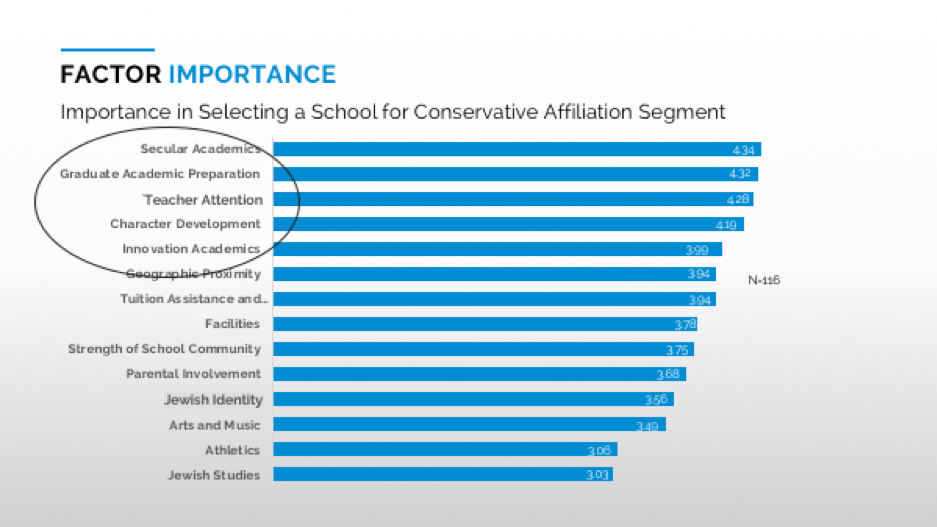 Once a school understands the factors that matter most to their high-potential prospects, they are in a position to determine what evidence of performance they must document and communicate to prime prospects and current families to enhance perceived value. In the event a school’s perceived strength is lower than competitors’, it is on notice to either (a) improve perception, (b) improve actual performance, or (c) moderate tuition growth. In some instances, a combination of these strategies will be appropriate to maintain a positive value perception.

Once a school understands clearly what its target consumers value and the relative strengths and weaknesses of its position, it is in an enviab 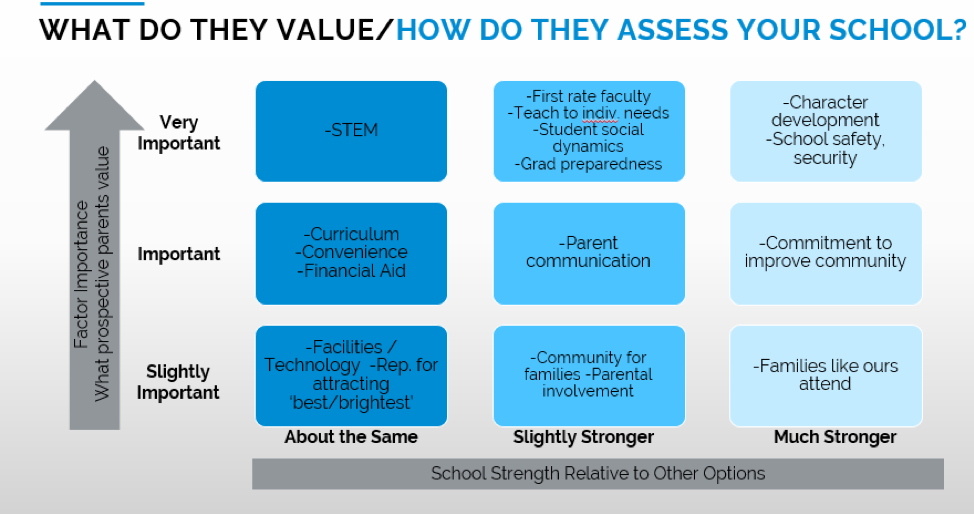 By identifying value-added opportunities through expense reduction, better leveraging of school assets and through non-tuition revenue growth, Greenhill could plan a five year rollout of actions to support a reduced rate of tuition increases. The benefits were significant and amounted to a reduction in tuition growth of $1,200 to500 per student per year! Importantly, the identified actions simultaneously reinforced Greenhill School’s reputation of investing in educational quality. This robust analytical process simultaneously has helped solidify Greenhill’s net perceived value, reduced its effective tuition cost and cemented its relative positive as a leader in the Dallas independent school market.

Setting tuition is a complex process and one that can have huge impact on a school’s competitive position and financial vitality. Simply adjusting tuition by evaluating per student costs or pegging tuition rates to those of competition risks missing the more important calculation of net perceived value. It is net perceived value that will ultimately determine a school’s ability to maintain current students and grow applications and enrollment. We have reviewed a proven Measuring Success methodology for understanding relative perceived value and for enhancing it. Schools that master these processes can be assured they will be in control of their destinies in the current challenging enrollment environment.

If you would like to learn more about how Measuring Success can support your school’s tuition setting process based on net perceived value please contact Dr. Harry Bloom at harry.bloom@measuring-success.com.

Join us for an upcoming webinar on this topic! 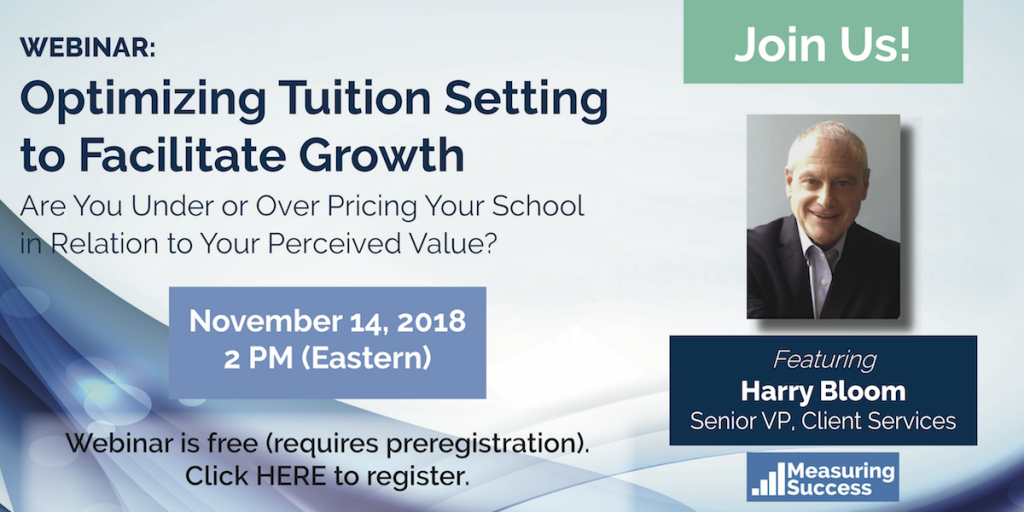